Upcoming Nigerian Movie 2012 : Journey to self 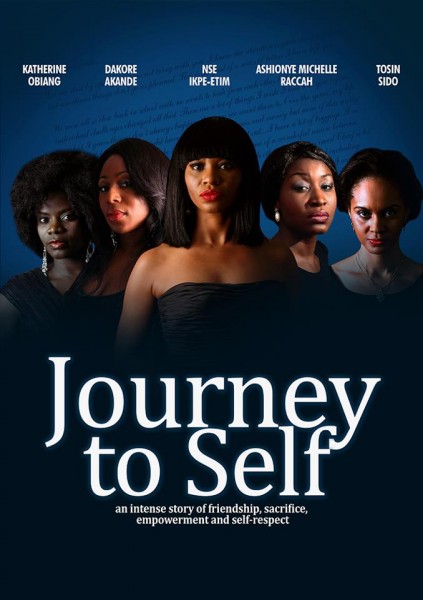 Genre: Drama
This is one of my most anticipated movies of 2013. You have to check out the trailers below. It seems like a great story line and Its been a minute since I have seen Dakore in a movie. I don't know when this will be released yet but will keep you on the loop. 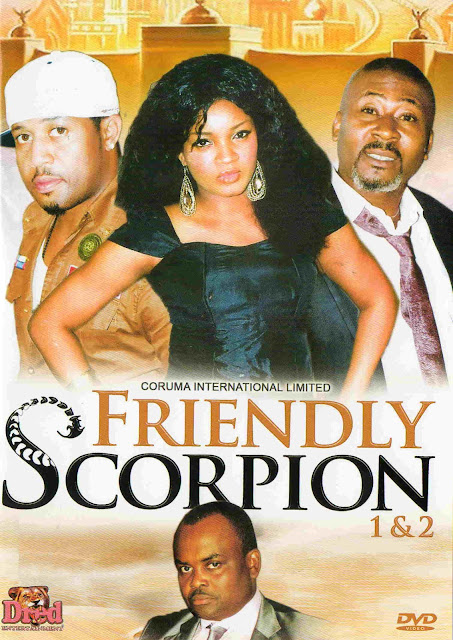 Overall : Grace secretly nurses a deep grudge against her best friend that stems from the irrational belief that the friend is indirectly responsible for the unhappiness in her marriage. She will do everything to  make her friend suffer and break a her marriage. The question is  will she succeed ?
My rating is:  8/10

Should you watch it:  YES. I absolutely loved this movie. I was surprised because I thought it was going to be the usual movie where  Grace will succeed in breaking her friend's marriage  and then she will find out at the end. You will be surprised  about what will really happen. I don't want to give any spoilers.

Performance of the Actors: I love Omotola and I think she can't do no wrong. She was absolutely gorgeous in the movie and played her part perfectly.  Mike is also good at playing the bad guy. So overall this is a descent movie with a good storyline and some hilarious moments.
No comments: 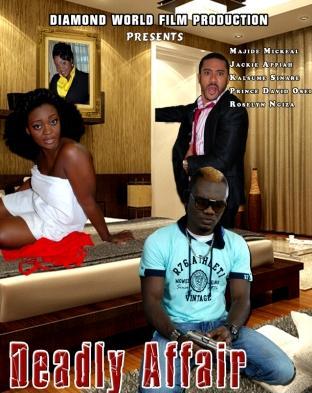 Overall: To the public they are the perfect couple but behind closed doors she was having illicit affair with Racheal, a photo grapher. Leo, her husband knew of their affair; he was silent about it but constantly gathered information on how to expose them. A perfect plan of revenge turned into an ugly encounter when Diana, Leo's wife found out her husband paid Racheal to kill her. A monster in disguised, so which of them can come out clean without pointing a finger. ( African movie place)
The first part of the movie  Diana is attacked by someone in her house while her husband is out at night having a drink with his friends. The second part explains how they came to the attack. Who was behind this plot ? you will be surprised.

Should you watch it:  Yes, The second part of this movie is called Domestic Enemy. If you love a good movie with lies, murder, mystery you will love this movie although all the answers to the questions are not going to be answered in this one . I am actually going to watch the second part and review it.

Performance of the Actors: The actors plays their parts very well. Jackie always has some cute weaves on  and of course Majid is a cutie pie.  The movie is shot in a beautiful house and so far I really want to see the second part to see how this web of deceit unfolds.


Maybe my Ghanaian readers can answer this question why its always the same actors that play  the same role over and over again. There is only one mother in all the Ghanaian movies and y'all know who I am talking about.

My First Wife 1,2 and I Quit 1,2 Nigerian Movie Review

Overall: When Jake, an over-achieving parent decides to take a break from his career to attend to his family, he expects support from his wife but gets stonewalled instead. - iROKO
Jake's wife has cut of all kind of intimate relationship with him because she is having a fling online. What will Jake do when he finds out the truth?

Should you watch it:  Ok so let me tell you something , this movie has 2 of the best actors in Nollywood but worse storyline.  The movie does make any sense whatsoever it starts the same way it ends 4 hours later. The movie is boring has hell . There are some characters in the movie that do not need to be thereSo many questions were left unanswered. So should you watch it hell no !

Performance of the Actors: Jim Iyke is so hot in this movie. Both of the main Characters were good.
No comments: 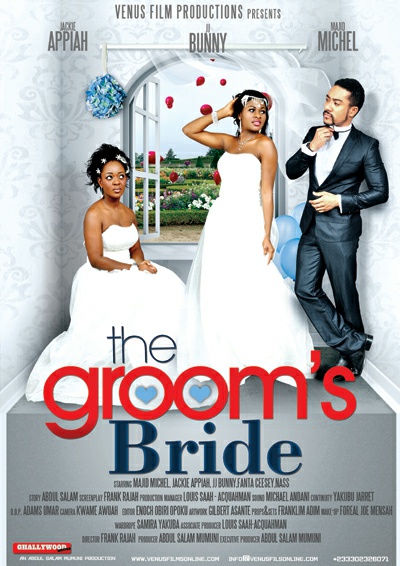 Overall: An engaged man goes on a two-week trip to Gambia, to source the perfect honeymoon location. His fiancée is left behind in Ghana and he unexpectedly falls in love with a Gambian tour guide. (Irockotv).

Should you watch it:  Yes , True love never dies.  The ending was really unexpected. I was not too sure about what was going to happen. Its a nice love story and the movie is not too long. I love me some Ghanaian movie.

Performance of the Actors: All the actors were good. The only thing I did not like is the fact that Jackie was losing her Gambian accent at times. Majid is such a cutie pie .
1 comment: 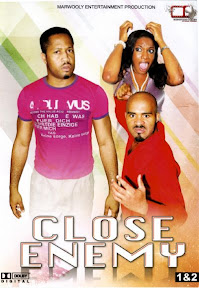 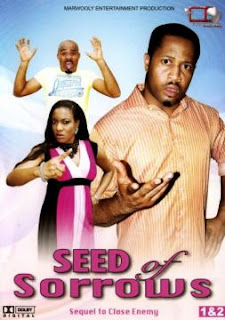 Overall: Chike and Nelson are best of friends who care about each other greatly. It came as no surprise to chike when his friend Nelson decided to sponsor his wedding to Vivian Upon being introduced to VIvian by Chike, Nelson decided to snatch Vivian away from his friend by enticing her with his money. Money they say is the root of all evil; will Vivian succumb to Nelson's advances and why would Nelson want to betray and backstab his own friend. The devil you know is better than the angel you don't know

Should you watch it: YES it teaches a good damn lesson

Performance of the Actors: Ok of my best actors are in this movie and yet they were humble.  I love the acting of Chike’s mum.  All I can say is if that was my son that would be me. I loved it when Leo had an issue it really shows the ways of a man.  Remember some peoples trash are other peoples treasure turned trash LOL. Anyways without giving too much away please see this one it’s a good simple straight forward movie that will entertain you when you’re cooking something to eat.
1 comment: 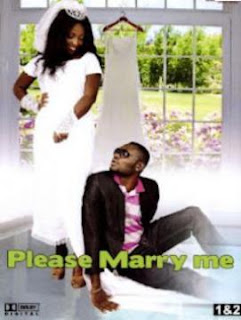 Overall: The winner of a raffle draw gets to spend one night out with the charming Nick, who happens to be a physician and also a play boy. Anastasia , a Pediatrician, unknowingly gets entered into this draw by her co workers who think Nick and Anastasia will be great together. Anastasia wins and spends a night out with Nick which changes her perception about him.

Should you watch it: Yes it was entertaining enough

Performance of the Actors: I love these three actors from various movies they always tend to impress me. But seriously who was the stylist on this shoot Yvonne baby doll that wig weave whatever that was shouldn’t have so many hair pins showing seriously?? Worst hair I have ever seen you in but kudos on the fab purple dress.  The soundtrack for sure a step up from the normal.

PD( Prince David) what doctor wears sun glasses while working in the hospital.  You couldn't operate on me that's for fing sure. Playboy in the operating room  nonsense!!!!

Watch the date scene glasses in the night as well this man must be blind as a bat.


After that the movie gets soft and predictable.  The most realist part of the movie was the part when anas is drunk I won’t spoil it but at least he spoke the truth that most men wouldn’t even utter.
1 comment: 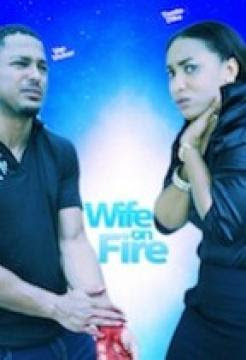 
Overall :  This movie is about a love story between two childhood friends. Donald (Van Vicker) went to Canada to study and came back to the country and started looking for Chelsea (tonton) his long time love. They get married after a few unnecessary fights. Donald  father gives him an ultimatum to give him a child  or lose his wealth but unknown to him, his wife, Chelsea is making sure she does not get pregnant by having them use condoms and contraceptives.

Should you watch it: Yes. You have to be patient  with this movie because the first part is very boring and I was about to turn it off when things started to get heated. There are a lot of twists and turns that i was not expecting at all . I will not give you any spoilers so make sure you check it out. Donald parents are just typical African parents. They want to know everything about their kid's  marriage.

Performance of the Actors: The chemistry between Tonto and Van is just incredible even tough they  force things a bit at times. All the actors played their parts incredibly.
1 comment: 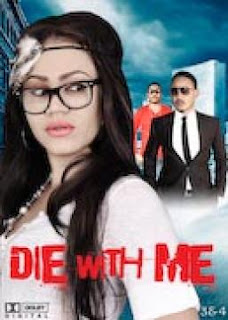 Genre: Drama, Romance, not sure

Overall:  This is a story about to men that became friends since they were kids . They did literally everything together from going to school, dating girls and so on until one day one of them realized that he need to make it on his own and leave his friend behind only to discover that he had cancer......
My rating is: 2/10

Should you watch it: Don't bother !! This movie has too many stories going on at the same time. I had a hard time figuring out  what story they were going to stick with. The love stories , the friendships, the sickness, or the bad behavior of Mike.  I know there are good friends out there but not this kind of puppy love.I could actually count how many times Nadia appeared in the movie so i don't know why she is on the cover of the movie.

Performance of the Actors: Very poor  and overacting.
No comments: 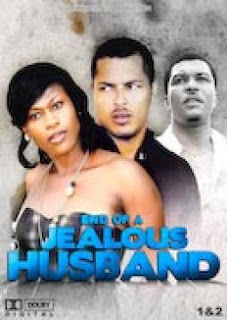 Starring: Uche Jombo, Van Vicker, Uche Nnanna, Abraham Nwodu, Ruby Orjiakor, Chita Agwu, Elvis Ogbonna
Genre: Drama, romance
Overall :Debbie ( Uche Jumbo) and her two friends Nancy and Oluchi played by Uche Nnanna and Ruby Orjiakor are runs girls on campus. They usually arrange their runs through a middleman on campus but Debbie’s desperation to make quick money for her sick father’s hospital bills drives her to the club looking for clients without that safety measure. It is while out at a club doing runs that she comes across Emeka played by Van Vicker who takes a liking to her and hires her out for the whole night. After the night is over they part ways but bump into each other another night in the same club. Emeka sees Debbie dancing with a guy and becomes insanely jealous. They  end up getting married and that's when the trouble starts..... Emeka does not trust Debbie one bit  and he takes extreme measures to make sure that debbie does not cheat on him.

My rating is: 78% because the movie is a bit lengthy

Should you watch it: Yes,  you will be chocked by the ending


Performance of the Actors: my sexy van really got into character in this movie , Uche is just the same in every movie ( the face movements).
3 comments: